Reaction: After a character you control is killed, sacrifice Arya Stark to choose and kill a character with STR 3 or lower.

Calm as still water, she told herself. Strong as a bear. Fierce as a wolverine. She opened her eyes again. The monsters were still there, but the fear was gone.
Gabrielle Portal
Wolves of the North #7. 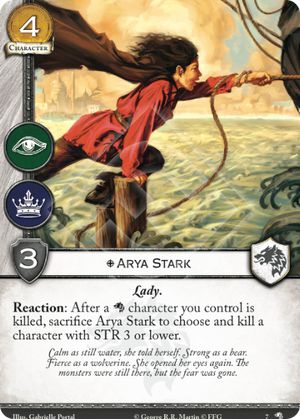