Action: Kneel Pyke to choose a character. Until the end of the phase, that character gains stealth.

The point of land on which the Greyjoys had raised their fortress had once thrust like a sword into the bowels of the ocean, but the waves had hammered at it day and night until the land broke and shattered, thousands of years past.
Marius Bota
Across the Seven Kingdoms #13. 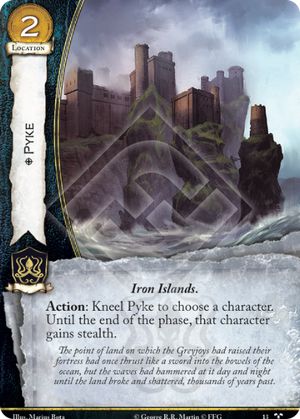