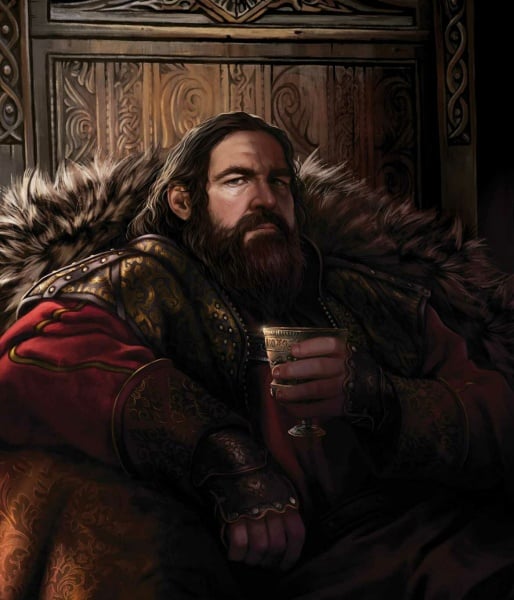 The gods be damned. It was a hollow victory they gave me. A crown ... it was the girl I prayed them for. Your sister, safe ... and mine again, as she was meant to be. I ask you, Ned, what good is it to wear a crown?

This is the deck I brought to the Geek Retreat Store Championship in Glasgow, Scotland on March 11th. Seventeen players were in attendance, and I went undefeated on the day.

This deck was conceived for the Valar Dohaeris meta we are currently in, leveraging the Left/Right pair without a whole lot of risk of having them killed when compared to other metagames, while their low cost makes them easily kept after Valar Dohaeris. The other founding concepts were The King in the North and The Withering Cold, which, combined with Seized By the Guard, can create a tight web of interference against decks that rely on triggered abilities and non-limited locations, such as the ever-present Flea Bottom, The Hightower, The Wall, or Astapor. This deck uses stand and non-kneeling effects from Brienne of Tarth, the Left/Right pair, Fiery Followers, Ser Barristan Selmy, Highgarden Courtier, Randyll Tarly, and Lightbringer to mitigate the effects of The Withering Cold, while deploying King Robert and the Crown of Golden Roses to create a strong King in the North turn.

Meanwhile, Queen's Men are especially good in a deck with so many cheap non-Baratheon characters, and the ability to kneel an unpaired Left or Right really minimizes their cost. The STR boosting from Crown of Golden Roses, Margaery Tyrell, and Lord Renly's Ride, as well as King Robert himself, all provide reliable triggers for Highgarden Courtiers. Finally, Black Betha (bamalam!**) really ties the room together as a repeatable STR-booster and Randyll/Courtier trigger, one which also stays on the board after Valar Dohaeris. Black Betha, along with locations like Horn Hill, Astapor, Castle Black, Iron Fleet Scout, and Last Hearth, are particularly strong in the Valar Dohaeris metagame in that they provide an edge beyond the allotted 10g worth of characters that stay on the board, and are all worth consideration when deckbuilding.

In short, this is a constructive, power-focused deck primed for the Valar Dohaeris metagame, with a nice mix of renown at various costs, a web of interference for non-limited locations, and the awesome King in the North plot to disrupt the opponent's entire gameplan. Lord of the Seven Kingdoms is also a very fun deck to play, so if you are looking for something with a strong emphasis on the challenge phase and some disruption, give it a try!

Compare with another decklist