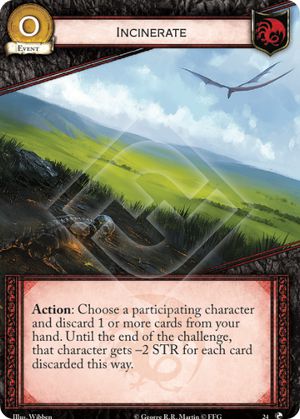 scantrell24 3255
You dont discard cards... but must you show them before the opponent decides cancelling or not? — DavidDAVE 12/2/19
you declare the target character (step 5 choose a target), then the opponent decides whether to cancel or not (step 6), then you discard however many cards to resolve the ability (step 7). — scantrell24 12/3/19 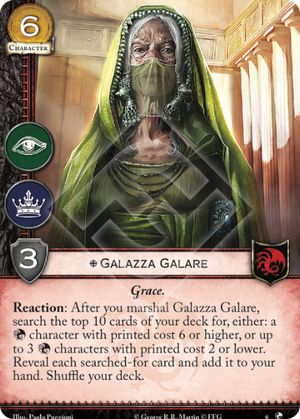 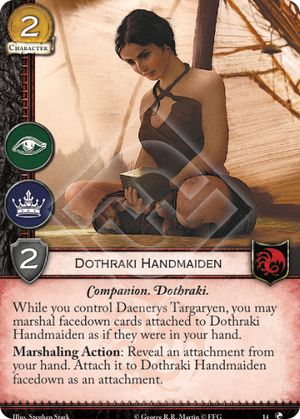 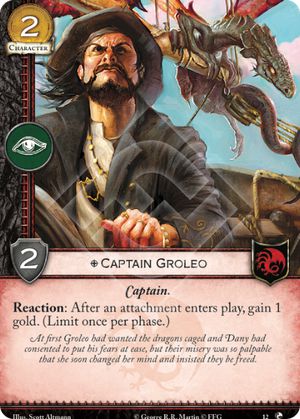 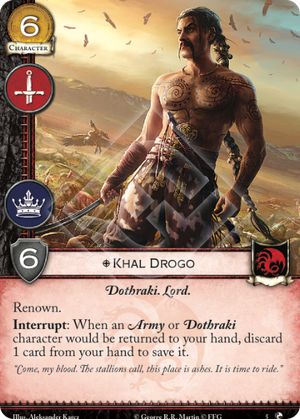 scantrell24 3255
Is this rly true? that means "Nightmares" or "King`s Landing" cannot counter his ability?that would be a little bit to strong. im rly not sure about the exact rules-so sry if i have to ask, but in my opinion, when there is a card text with "at the end of the phase", then the blanc effect in that case would end but he cannot trigger his ability afterwards (that wouldn`t make sense because there is no "after" at the end of the phase). i hope you know what i try to say. i rly would like to know if your comment is approved-cause when you are right, drogo would be very strong and is nrly impossible to counter (only with "king in the north" or "milk") — Metzelator 3/9/20
edit:"King`s Landing" = "The Red Keep" — Metzelator 3/9/20
"Until the end of the phase" effects like Nightmares expire before "at the end of the phase" effects like Womb of the World. I'm not sure what Red Keep has to do with that. It can cancel Drogo just fine. — scantrell24 3/9/20
Thx for the fast answer mate and sry for the red keep mistake- i was confused and thought that the card has also the effect like nightmares. Your definition with until the end and at the end made my day- thx! — Metzelator 3/10/20